First things first, I have a weak form of dyslexia and english is not my mother tongue. In addition I can’t bother my friends or family for all the blog entries I write. So I hope you find my ideas and thoughts interesting enough to stick with me anyway.

I am Nikolas Crisci, the one person working at PartTimeIndie. I have been doing games in part-time since January 2015. I released 2 games. One for Steam PC (Will Glow the Wisp) and one for Mobile (4Smile, pulled of the store by now). I am currently working on the XBox Port for Will Glow the Wisp and also on Zoo Party a casual parallax puzzle game for mobile.

While working on Zoo Party I was faced with the question of monetization, since lootboxes are rampant on mobile I thought I give it a shot. These are problems, solutions and thoughts while trying to implement them.

Non cosmetic lootboxes are a inherently broken system, because they have an indeterminate amount of currency per player, which leads to a broken pacing for the system.

The problem is that every player has access to different amount of money he is willing to spend. To better understand the issue, lets apply this to a RPG level system. Lets say a player can buy levels in an RPG and he can do it at any time. So you do not know at which level the player starts or if he makes huge jumps while being in one area. How would you design a starting area in such a game, would you design it for level 1, level 10 or level 100 characters? My first instinct would be to design it for level 1 characters, this means that most players who do not pay money will have the experience that we want the player to have. But players that pay, will get a suboptimal experience, because the game will get easier. One could argue that is exactly what we want. We want players with money to be able to have an easier game experience, at this point you would probably increase the difficulty to begin with somewhat, but that means that players who don’t spend money have a worse experience. Even worse people who spend a lot of money will completely break the game and do we really want the people spending the most money to have the worst experience?

This easy example shows the kind of problems lootboxes introduce for game designers. One solution would be a dynamic difficulty adjustment, but if it doesn’t matter if a player spends money or not, why should he spend money? If you adjust the difficulty slightly, all you are doing is to decrease the amount of people who are willing to spend the amount of money to break the game, the problem might not appear as often but it is still there. Now if you look at competitive multiplayer games, you might say I don’t really care about pacing, because my players play against each other and I am using a ELO like system to balance the skill level. I am going to ignore that people will complain about such a system (see Starwars Battlefront), but while it is true that it means that there isn’t a problem in the skills the players have, you still destroy the collection aspect of the game. Lets say your items are ment to give the player a sense of getting more powerful over time, it is obvious that you will destroy this system, if the player bought all the items he will ever need. What you can always do is accept the tradeoff, basically you say it is okay for this small section of the player base to have a worse experience, they did it to themselves. In game design we often have to life with certain tradeoffs, but the underlying system remains broken none the less. I also want to mention that there are a lot of ideas you can use to decrease these effects. For example you can introduce Tiers to items (raririty in trading card games), this helps because you can make the system work for a larger portion of the user base. 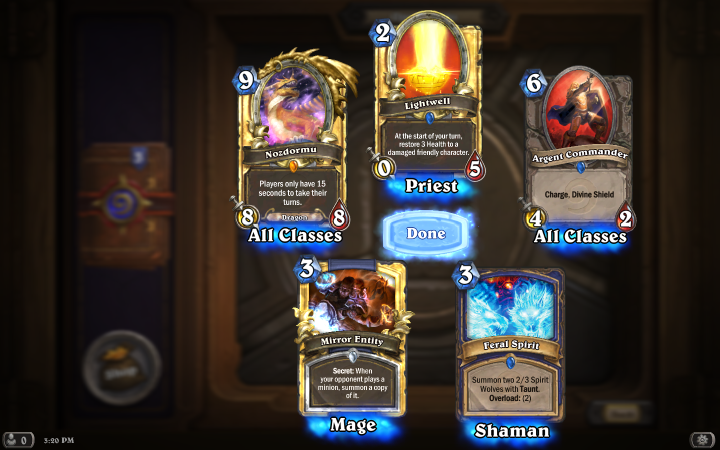 My personal experience with Hearthstone is a good example of this, at first I loved how much progress I was doing, even as a free player (commons and rares). At later stages I started to spend some money for drafts, which ment that my constructed decks got alot better (rares and epics). After that the system did fall flat for me though, this is because the legendary cards are not designed for me as an audience, the amount of money or time I would need to spend is just to high. This does not mean that I stopped playing hearthstone, it just ment that this certain system became meaningless to me. At this point I am going to talk about Cosmetic only lootboxes. They appear to solve all these problems. They are not integrated into any game relevant system, which means the game stays untouched. And indeed it works way better, it is still true that after some point the system becomes meaningless, but since it is not part of the core experience it works. It also helps that most players will only spend money if they are already deeply invested in the game, at which point it becomes more of a donation to support the developers. If you have tiers in your cosmetic items you can even let players interact with the system without spending any money. In other words, the lootbox system should be a system that is separated from the core experience, because each system it touches get broken.

For Zoo Party I decided to not use lootboxes, because cosmetic lootboxes need a good a lot of art (not my strong suit) and it also makes less sense for a single player casual puzzle game. I am going to limit the time each player can play a day without buying the game (once you buy the game you do not have to worry about it). This obviously comes with its own challenges. Maybe I will take a closer look at the impact free to play has on game design, in my next blog post. Also last but not least, my game Will Glow the Wisp is currently in the Steam Summer Sale, if you like arcade games or skill based platformers, maybe you want to give it a try.

This site uses Akismet to reduce spam. Learn how your comment data is processed.